Choosing who to Sponsor?

October 11, 2017
Coming from the P.I.T. STOP, one of the most interesting things that I learnt was a lesson in who to sponsor. The short answer is everyone.

There's been a couple of people who have reached out to ask for information about the SheerSense opportunity and unfortunately, while I have responded, I have spoken about it, in anywhere near as much passion and detail as I should. Well I was clearly wrong. 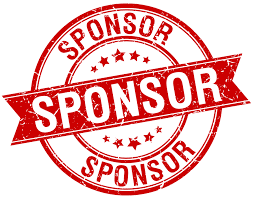 I should never, ever ever judge someone as what they would like to be as a distributor without seeing the proof. The very valuable lesson that I thought was really eye-opening, was that you have no idea how successful someone may be in this business. The person who you thought would be incredible, ended up leaving after 2 months. The person who you thought was just faffing about, ends up being your first Crown Princess!
I never thought about that before but it's so true.

Similarly, I've not offered the SheerSense opportunity to people who don't pick up on it straight away and I really should. It was rightly pointed out, that while people may say that they don't intend to sell, may (probably will) end up selling in some capacity.

Yes, you really should offer the opportunity to everyone with the four choices: buy for yourself with the discounts, sell to family and friends or make this a career! While you may loose their customer business, they may get a few friends hooked as well. Also, in the long term, they may sign up someone who ends up becoming a super star.

On the same note, if one of your first line and even your second line, leaves the company, you should totally adopt their direct downlines, your second or third line. Teach them because you will still get commission off of them!

To summarise, sponsor the masses and pick up on the stars.

Well from now on, I've learnt my lesson and will follow my own advice. If you want to get involved and join my team, be sure to reach out. As always, if you have any questions, do not hesitate to reach out and contact me via any of my social media outlets. If you want to order your own product, message me today!